I hear friends of mine who consider themselves “aged” say aloud that they are glad they are not 20 years old now. They don’t see a bright future ahead.

The radius of action of young people had already deteriorated visibly in recent years. A topic that I have always followed closely since I met visionary Architect Wim Cuyvers years ago and discovered his work on public space . Or how the lack of this, due to the increasingly ‘big brother’ mentality, seriously jeopardized the room for experimentation for children. Scientific research has indeed been done and even if it seems a bit dated it is more relevant than ever.
Of course it hasn’t improved in the meantime. In the past, children could play within a range of 9 km, now that is still 200 meters, says Lambert Schoenmaekers of Natuurpunt in an interview with Radio 1.
Apart from this, we are forced to limit our ‘range of action’ with figures from 4 to 10, to 22 hours or 24 hours considerably. But there’s more to it.

Connecting and connecting in this digital world

I myself have a ’25-year-old computer buff who lives in his digital bubble and finds it difficult to make ‘real’ physical connections. He doubts whether it is still safe to have children in this crazy world.
It’s also not surprising because we also add a touch of ‘climate change’ . From melting ice caps, dead biodiversity, withered grasslands to extinct animal species. I can’t blame my friends. I can’t blame him. It’s sh….. to grow up today.

But there is hope.

With bARK.today we want to take the bull by the horns. See how we can turn a school back into a refuge or safe haven. A place where tomorrow can be built. A place that brings future perspective and hope.

We believe that every school should have its own ‘Tiny Food Forest’. It will not only make you smarter, because when you create a food forest you can put almost all learning objectives into practice. What is your soil composition? How to make a plan by measuring and knowing. Where is the sun? Which trees and plants should I choose and what will my menu look like? From learning to plan and organize to involving the neighborhood or processing the harvest and the surplus,… Entrepreneurship and collaboration, a ‘Tiny Food Forest’ is a real ‘Living Lab’ where the edible trees, plants and shrubs in 7 different layers are an example of biodiversity. With a ‘Tiny Food Forest’ you also help the climate a big step forward, because this also reduces your CO2 emissions.

We pass the torch on to each other and to the next generations.

But the most important thing is that by focusing back on one common goal we not only reconnect with nature but also with each other . You don’t have to work with everyone at the same time. That’s what makes it so special. But you do see that you are part of a larger whole. A bit like the ‘Sagrada Familia’, a work that is never finished but where the torch is passed. Building a ‘biodiverse society’ together is what makes a ‘Tiny Food Forest’ so special.

How wonderful it would be if former pupils returned to the school and could taste the edible trees and shrubs they once planted themselves. How the neighborhood can enjoy the beautiful piece of nature that can take its course. Or how class A builds on what class B did the previous day. I see it with hope. What are we waiting for.

A rollercoaster but it still feels good. 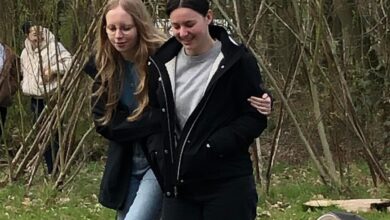 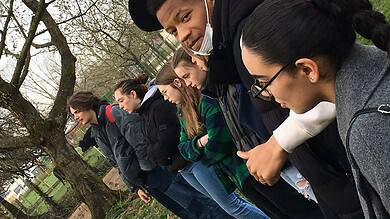 Students of Lyceum in action 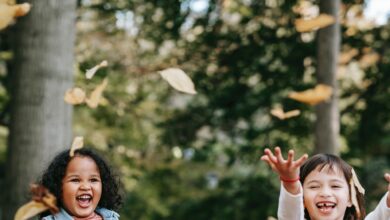 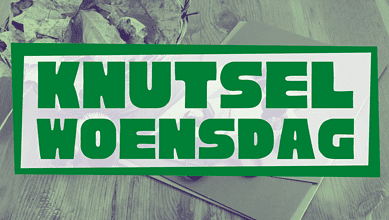 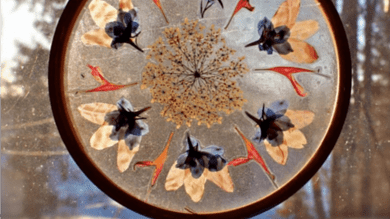