You read that right, there is a food forest floating in New York! It’s a project that Mary Mattingly started in the summer of 2016 at Concrete Plant Park in the South Bronx, one of the largest food deserts in the United States. A food desert is an area where fresh and affordable food is limited. These are often areas where the average income is low. The inhabitants of those areas are therefore more dependent on processed and imported food. The floating food forest, nicknamed “Swale”, was the start of a pilot project aimed at giving South Bronx residents (for the first time in more than 100 years!) the opportunity to grow their own food.

Why a food forest on a boat?

Life in a food desert is a daily occurrence for more than 3 million New Yorkers, which is more than 1/3 of the total population in New York City. The metropolis has more than 120 km² of public land. Swale was created as an idea to use several acres to allow New Yorkers to grow their own food. The plan is to manage those lands through urban stewardship initiatives, overseen by community partners in the South Bronx. Admittedly, the regulations prohibit growing and harvesting food in public places in New York because of fears that an overabundance of harvesters would destroy the ecosystem. The initiators have indeed found a loophole, and are now using this as a way to develop a provocative public artwork in the form of a floating food forest. By developing a food forest on a boat that used to transport sand, the project falls under maritime law, eliminating New York City Park Department regulations.

Fun fact: New York consists of nearly 430 km² of water, accounting for about 1/3 of the total area of the city.

The project follows the insights of social scientist Eliner Ostrom. She devoted her life to studying how different indigenous cultures and other communities manage their commons. Commons are resources that may be used by all members of a group or community. She learned that commons can be managed in a sustainable way in places where people know, trust and work together to maintain their commons. She became the first woman ever to win the Nobel Prize in Economics for her analysis of economic governance, especially for common stocks . The principles that resulted from Ostrom’s research form the basis of the principles on which Swale is built. There is therefore no limit to the harvest on Swale. This kind of trust in the users itself works so well that at times when there is no harvest possible, users came to bring more plants than they came to harvest.

Swale is organized with the help of individuals, community groups and even city organizations to improve food and provide water. The initiators also organize tours, events and workshops calling on visitors to draw attention to the city’s use of the land and waterways.

As a direct result of community support, in 2017, a year after Swale’s inauguration, the NYC Parks Department established their first land-based pilot project in the form of a public “foodway” in the Concrete Plant Park. A second foodway will also soon open in Government Island.

As the name suggests, Concrete Plant Park is a park created on the grounds of an old concrete factory (late 1940s-1987) in South Bronx. NYC Parks acquired this park in 2000 and is working with community and public organizations to further develop the park. In the park you can still see remnants of the concrete factory, making the park a nice combination of an industrial and natural environment.

Soon a 2nd foodway will open on Governors Island. Swale itself is already active there in the Swale House. This is a site where the organization can conduct further research on the development of sustainable food systems for residents in urban areas. Swale Lab also supports artists, writers and ecologists who want to work around the theme of legislation of agriculture & food and water as a common. In this way they can exhibit their works or help with the further development of initiatives such as Foodways.

How a 'Tiny Food Forest' at school can offer young people something to hold on to. 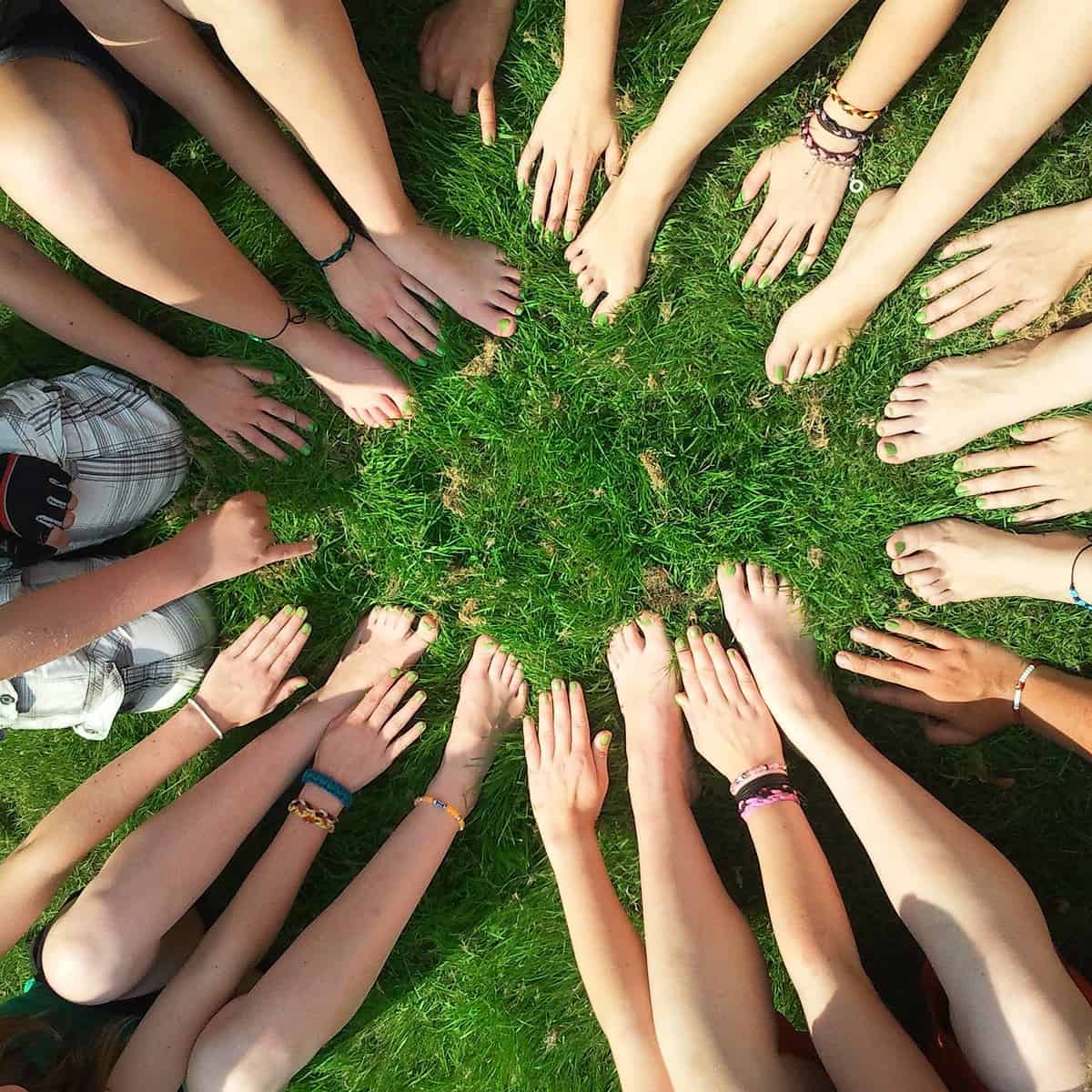 Behind the scenes of Smuljungle Aalst 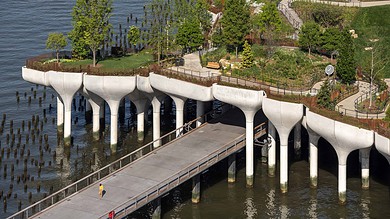 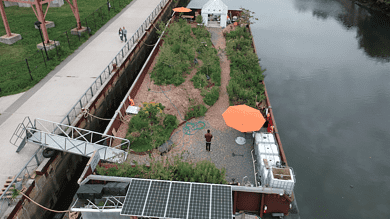 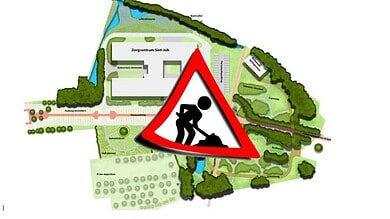 Will Sint-Job become the tastiest green spot in Aalst? 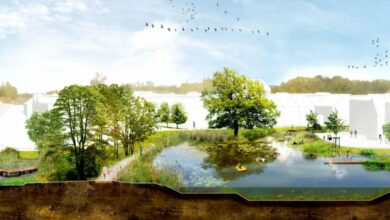