It used to be a real art to keep ‘Leifruit’ in check in all sorts of twists and turns. It demonstrated craftsmanship and mastery. It was therefore not surprising that the Kloostertuin in Aalst was also richly adorned with Leifruit. These photos are from the archive of Bart Backaert. Who else has photo material? Keep it coming. But where does this Leifruit tradition stem from?

By the way, this is what the wall in Aalst used to look like. With thanks to the wonderful archive of Made in Aalst

A piece of history

What once started as simply planting a fruit tree against a wall turned into a real craze and status symbol. Close to a wall, the fruit ripens better because the retained solar heat is released mainly at night. In England, they once went so far as to heat the wall as well. But you’ll read more about that later.

It is assumed that the colder climate of the seventeenth and eighteenth centuries increased the importance of this type of “warmer” technique. The lower average temperatures of the then-prevailing “little ice age” would have hastened its development. The theory is plausible, for free-standing trellises to which grapes and pears were tied are found to have been used earlier and frequently in the fifteenth century, while leading against stone, “warm” walls became a major
flight.
From the middle of the seventeenth century, there was a rapidly growing and lively interest in espalier fruit, especially in France. Numerous manuals came into circulation, handy booklets that could be carried into the garden in one’s pocket. These handbooks formed the basis with which Jean de la Quintinye set up Louis the Fourteenth’s vegetable and fruit garden in Versailles around 1680. He compared his accumulated knowledge with his own systematic observations. With La Quintinye’s work at the court of
Versailles, throughout Europe, the growing of fruit in slate and topiary trees took on a regal allure.

The maintenance of espalier fruit was very labor intensive and required a lot of knowledge and skills. The expansion of railroads also made it possible to import fruit from the South, where open-air production was less labor-intensive and therefore cheaper. Also, the glass horticulture greenhouse brought high sales for relatively little labor — artificial heating took over the role of pruning techniques.

Initially, fruit walls appeared in the gardens of the aristocracy, as in Versailles. But in some regions the fruit wall developed into a real industry. The most spectacular example is Montreuil, a suburb of Paris, where peaches were widely grown against the walls from the seventeenth century onward. Montreuil had more than 600 km of fruit walls in the 1870s, when the industry reached its peak. The maze of 300 acres of intertwining walls was so confusing to outsiders that the Prussian army then marched around Montreuil during the siege of Paris in 1870.

The peach originated in southern France, but Montreuil managed to produce up to 17 million peaches a year near Paris — praised for their quality. Building lots of fruit walls close together further improved the microclimate: even more heat could be retained and there was even better shelter from the wind. Inside the walled orchards, temperatures were 8 to 12 degrees higher than outside.

The 2.5 to 3 meter high walls were more than half a meter thick. Mats could be rolled down to protect the fruit during the coldest nights. In the central part of the gardens, crops that carried lower temperatures were grown, such as apples, pears, vegetables and flowers.

In Britain, the fruit wall became a permanent part of the kitchen garden of manors and castles from the seventeenth century. It is noteworthy that some English fruit walls were heated from the eighteenth century onwards. A fire was lit at the back of the wall and its heat was distributed through the wall by horizontal flue pipes. A chimney on the wall completed the heating system. From the second half of the nineteenth century, more and more of those walls were heated with hot water.

The fruit wall was also widely used for growing grapes in Belgium and the Netherlands. From 1850, Hoeilaart (near Brussels) and the Westland (the Dutch region where greenhouse farming now stands) became important producers of table grapes. The Westland had 178 km of fruit walls in 1881. The Dutch also contributed their share to the development of the technology. When they began building fruit walls at castles and manors during the first half of the eighteenth century, unique shapes were devised, such as the snake wall.

Although it is actually longer than a rectilinear wall, a meandering wall saves on bricks because it is strong enough to be built only one brick wide. In addition, the hollow parts of the wall provide an even better microclimate than in the case of a rectilinear fruit wall — an important advantage given that the West Country is about 400 km north of Paris. There were also variants of the snake wall with more angular forms.

You can read more about it in this fun post .

In Belgium today, you can certainly see fine examples of “pruning and bending.
The nursery Pepinieres Denghien has made it its specialty.

Alexandra and Olivier have a penchant for authenticity, tradition and know-how without compromise. In 1996, they took over the torch from the André and Paul Chotard,
who were retiring at that time. They immediately decided to continue tying up fruit trees as the Chotard brothers had done in Gosselies.
were.

The nursery moved to Lettelingen, a region favorable to fruit farming. There they began four long years without any return until they were able to sell the first fruit trees in the year 2000. After all, it takes at least two years for an inoculation to take effect and then
one year per “tier” or floor of tied-up branches. Perseverance and patience are the key words.

We came and saw that it was good. Folk games in the Sint-Job WZC 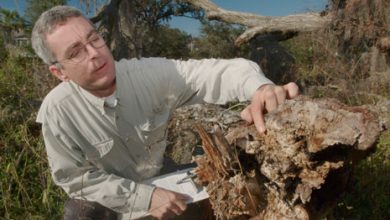 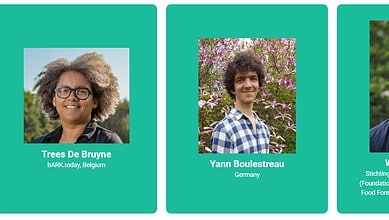 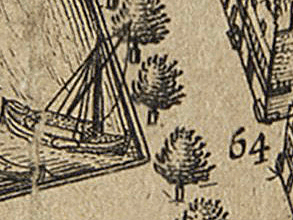 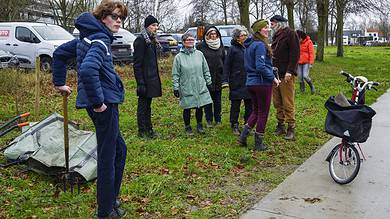 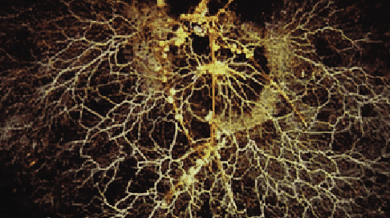 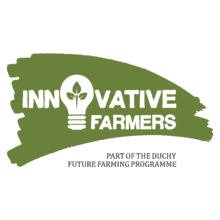