I received a message from Wim Peeters that we could pick up 2 trees in the Kappelenberg arboretum near me. At first I thought it was meant for his garden but nothing could be further from the truth about our Smuljungle.
The 2 trees first go into the ‘incubator’ before we can plant them in the right place. But believe it or not this 2 Toona sinensis or popularly onion soup tree are the first trees that come our way.

It is a tree where you can pick up shoots every year without additional fertilization. These can easily be stewed and used as a soup, but soup is also delicious! It is quite similar to onion, but of course not 100%.

For those who do not know Aalst, this is not so special. Were it not for the fact that “onion” (in the Aalster dialect: ajoin) has become a nickname for an inhabitant of Aalst. This was apparent, for example, from a procession in 1890, in which they depicted the city as an onion. The onion throw is still held on the Grote Markt, in which they try to win the golden onion.

The nickname onion dates back to the 19th century, when onion cultivation flourished in Aalst and the surrounding area. In addition to the large hop market, there used to be a renowned onion market in Aalst. An earlier interpretation would go back to a peculiarity of the Aalster dialect. Onion would come from the affirmative answer “ha, yes he”, which sounds similar to the dialectal pronunciation of the noun ajuin [pronunciation: a’join]. However, this statement is no longer considered correct today.

The origin of the nickname “onions” Some variants of the nickname that were mainly used in the past are: onion peelers, onion farmers, onion fretters,…. In a folk song from Dendermonde from 1843, the name onion pelders appears for the first time. The sixth stanza of this reads:

I came lestmael along the Lombaertstraat
And I found there an Aelstenaer standing,
Peel onions, peel onions, said the Aalstenaer.

Preheat the oven to 200 degrees.

Add the flour to the leaves and steam for a few more minutes. Then add the stock and the bay leaves to the pan and let it simmer for 30 minutes. Season the onion soup with salt and pepper if desired.

Spoon the onion soup into ovenproof soup bowls and place the slices of baguette on top of the soup. Sprinkle with grated cheese and bake for another 5 minutes in the oven.

We will soon be preserving planting material in a spot on the site, so do you have any planting material to give?
Please fill in this form. We will then contact you.
If it doesn’t get a place in our Smuljungle, we try to exchange it.

Do you have surplus plant material? 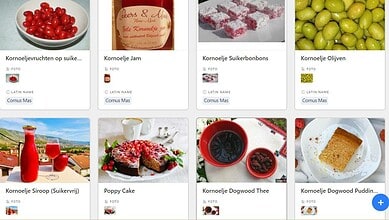 Nice pelvis among you. Looking for, found or add inspiration… 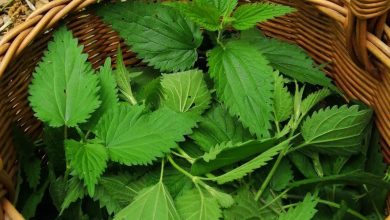 Treats on the table for the small food garden