The word centipede is not wrong if you think about Trees De Bruyne speaks. She is blessed with an analytical and creative mind and a thirst for new knowledge. In an ideal world she can motivate, guide and coach people to discover new horizons or to approach ‘it’ differently.

After years of working mainly with ‘storytelling’ in the creative sector of theater, events, television, film, … with the arrival of the ‘digital switch’, she switched to the technological side of storytelling. From games & apps to large digital archiving projects or AI driven CRM systems. Today she mostly resides in deep-tech start-ups and scale-up world. A world of VC’s, Business Angels and lots of buzz words. Where everyone is always looking for the ‘next best hype’. In which the hunt for extra capital is a daily necessity for those starting entrepreneurs to survive.

For me ‘technology is just a’ means to an end ‘. Ultimately, it should be about how you can use that technology to make a difference.

Covid-19 not only turned the world upside down but also a number of events in her family where people literally pulled the plug made her think. Her fear that the climate debate will be completely snowed under also worried her.

There must be something we can do ourselves to combat this climate change. What if we do it ourselves?

It started with a ‘Garden Design’ training and a lot of research and browsing to be able to make a smart contribution with her own garden. If necessary, it can be self-supporting so that at least you always have bread on the table. After some research she came across a documentary of Robert Hart, a pioneer in food forests.

Robert Hart, a former journalist at Reuter was inspired by his work Ghandi , who believed that self-reliant small communities were key to success as well asToryohiko Kagawa , the founder of the ‘cooperative’ movement. During the war he worked as a ‘code cracker’ and then decided to give his life a drastic turn.

He didn’t just want to find a way to get rid of food poverty. But he was also looking for a way to combine this with caring for his disabled brother. Earlier traditional ways of growing food turned out to be much too labor-intensive. He set to work on the concept on about 500m2 of land ‘food forest’.

This form of ‘lazy gardening’ has long proven its worth. You not only draw the map of biodiversity but in the meantime that edible forest also brings treats to the table for humans and animals. We are now about 30 years later and his ‘life’s work’ has already inspired many people. Robert Hart died in 2000. But we are happy to continue his work.

There is so much nonsense online 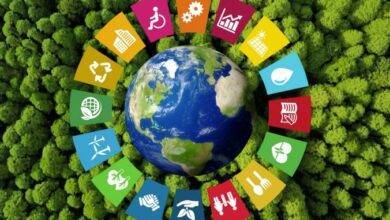 bARK.today your partner for sustainable change 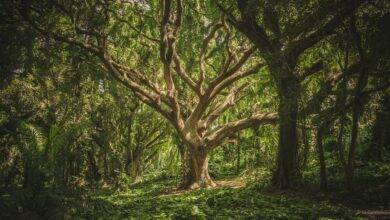 The healing power of a ‘Tiny Food Forest’.