Okay, I admit it. I am captivated by Suzanne Simard. These scientists grew up in a family of woodcutters who for years went into battle with horse and cart to very selectively choose the trees that were ready for felling.

With industrialization in the late 1970s, things got much wilder. It was easier to cut down entire plots of forest with machines and then start from scratch replanting seedlings. She was one of the few women to start working for such a large company when she was twenty. The practice of trimming entire forests was completely new to her.

She knew the ropes and could absolutely stand her ground. But when she discovered almost by accident how difficult it was for all those seedlings to survive in such a wasteland, her attention was aroused.

Why did seedlings in the wild do better than in all those new forests? However, all trees were neatly planted in a row and surrounded with the necessary care. Why were those forests more prone to diseases and pests and how could a forest fire be so rampant there? Her curiosity is aroused and meanwhile, she is a victorious scientist engaged in a 100-year experiment.

“When I got cancer, I learned that I was built to heal. I wasn’t built to die. And now I understand that forest ecosystems are the same, with all these networks — they nurture their young, they collaborate, and they compete, too.”

Her strength lies in combining the knowledge of her ancestors and involving the ‘First Nations’. These are the indigenous tribes’ who have a centuries-old tradition of being one with nature. It is also widely known that they are the best ‘conservators’ of our nature. She was especially fascinated by everything that went on underground. Her work is groundbreaking. It certainly makes you swallow and bet that you will look at trees in a completely different way from now on.

She discovered how all trees are connected to each other via an underground network of fungi. More so, they communicate with each other and take care of each other. There are different types of fungi, but she mainly studied mycorrhiza. She discovered, for example, that the trees helped each other with the transfer of water or nutrients via this underground network. The oldest ‘mother’ trees had the most connections and she even discovered that the seedlings could not survive without this ‘umbilical cord’. It makes you think. Trees were even able to recognize which seedlings belong to them and which seedlings come from other trees.

So shaving a forest and starting from scratch as a seedling makes it very difficult to survive indeed. So we need different forest management and we have to think twice before knocking down an ‘old tree’. They are the mothers we need to feed babies.

She argues in favor of leaving at least 30% to 60% of the trees, because otherwise, she noticed that the new forests would be as dead as a doornail within 5 years.

Read more about it through this link. Or even better. Buy the book. 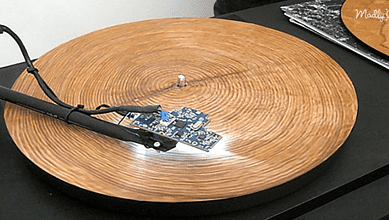 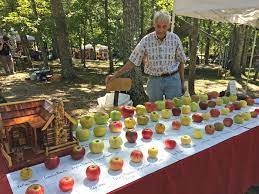